Why You Should be Using Hashtags in Social Media

Why You Should be Using Hashtags in Social Media

It seems every time your business joins a new social network you feel like you also have to learn an entirely new language. This is even true with something as simple as Twitter.  If you’re just getting on board with Twitter, one of the first things that has you guessing are the # symbols which appear all over the place. So, what exactly is a #, and why should you be using them? Allow us to explain…

What is a Hashtag?

When a # symbol appears directly in front of a word or phrase it is known as a hashtag.  Hashtags are simply a way of grouping topics/categories together to make it easier for Twitter and users to find things of interest. For example, if you want to see what people are saying about American Idol, you could enter #AmericanIdol into the Twitter search box and get a whole list of posts and tweets about the show.

What’s especially cool about hashtags is they began organically from Twitter users themselves as a kind of grass roots effort. Eventually, they became so popular Twitter officially adopted the practice.

How do they Work?

Admittedly, when you first start using Twitter and see # symbols everywhere it can seem a little confusing and somewhat cluttered, but the hashtag system is actually quite easy and, before you know it, using them will feel totally natural. Here’s how they work:

Pick one or more categories

When composing a tweet, consider if there’s anything in your message that would fit well in a particular category (you can create your own category or use one already established).

Put a # in front of the category

Include the name of your category somewhere in your message and put a # in front of the word or phrase. For instance, if you own a travel agency and are sending out a tweet about a special you’re offering for a Hawaiian vacation package, you may want to include hashtags such as #travel or #Hawaii in your message. Then your tweet will appear for any Twitter user (whether they follow you or not) who searches for those topics.

Okay…But, How do I Choose a Category?

If you’re using Twitter for marketing purposes, you’ll definitely want to choose your hashtags carefully to ensure getting the maximum visibility. Here are some suggestions:

Business Name – A great way to build a presence on Twitter is by using your business name as a hashtag (you can use initials or an abbreviation if it is really long). However, be careful someone isn’t already using your proposed hashtag for another purpose as it could result in a lot of confusion. It’s easy enough to check by entering in the hashtag into Twitter’s search tool.

Location – If your business serves primarily a local audience, it’s also a good idea to use hashtags for your geographic area. For example, #Miami or #Denver.

Trends – Check what’s trending on Twitter (you can find popular hashtags on your Twitter home page), and see if you can find a way to work one of those hashtags into your own tweets. Just remember to keep it relevant, so you don’t look like a spammer. If you want to track specific hashtags all the time, such as those related to your industry, you can use third-party services such as TweetDeck, HootSuite, or Hashtag.org.  The example below was taken straight from the Twitter homepage.  Notice you can change the region so that you get what’s trending in your area.  This is a great function for marketers. 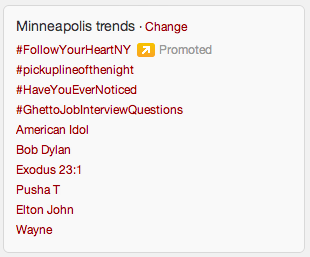 Checkout the Competition – Looking at what tags your competition is using is a good way to get ideas and to see what’s already popular.

Words Related to Your Business – Think about what words people might use when looking for your products and services and use them as hashtags.

A Catchphrase or Something Funny – Humor always gets people’s attention and has strong tendency to go viral. However, use these carefully as you don’t want to seem unprofessional.

Of course, you don’t want to use all of your hashtags at the same time since it would look messy and spammy. Try to use only one or two per tweet.

Why is it important for businesses to use hastags? Put simply, it gets your brand more exposure, and more specifically it:

Makes You Easier to Find – As mentioned, any time someone searches for a hashtag you happen to use, you will appear in that person’s search results. Then, if that person likes your tweet and decides to retweet it to their own followers, you have successfully reached a whole new batch of Twitter users who may have previously been unaware of your business. Some of these folks may even retweet your message (repeating the process) and some may become your followers. There’s really no telling where it will end, and the amazing part is the #hashtag was the primary catalyst.

Provides Insight into Consumer Habits – By following the trends, you can gather amazing market research and literally see what people are thinking every minute of every day. You can use this data not only for Twitter, but your whole marketing campaign.

Can Create a Buzz – If you can get one of your unique hashtags to appear on the “Trending Now” list, you will likely see a huge boost in followers and in your general online traffic.  Twitter allows you to have a promoted tweet.  These will show up at the top of every “trending now” list.

Keep your Followers Informed – Having a sale? Just launched an awesome product? Hosting a special event? Hashtags are an easy and effective way to get the word out and for people to follow what’s happening.

So, if you’ve been on Twitter, but were ignoring the hashtags — start using them! You’ll be surprised what a difference they can make. And if you’re just joining, don’t let all the symbols confuse you. Hashtags are really quite easy and have a ton of benefits.

Keep in mind that hashtags can also be used in your Google+ campaigns.  They serve the same purpose and are as equally important.

Let us know how you use hashtags in the comments below! 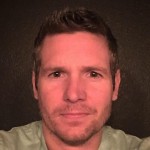